Know Your Lox and Nova From Your Gravlax

October 29, 2015 – Deli speak is a language all its own: “I’ll have an everything bialy with schmear and lox, please.” Yet the hardest part of making it up to the counter—besides figuring out what you actually want to order—is sorting your lox and nova from your gravlax and kippered salmon. What’s the difference, anyway?

Well, it all hinges on fat content, smokiness, and texture, says Josh Russ Tupper, the fourth generation owner of New York’s legendary appetizing shop Russ & Daughters and its sister restaurant Russ & Daughters Cafe. He fills us in on the wild world of salmon and how to order like experts. 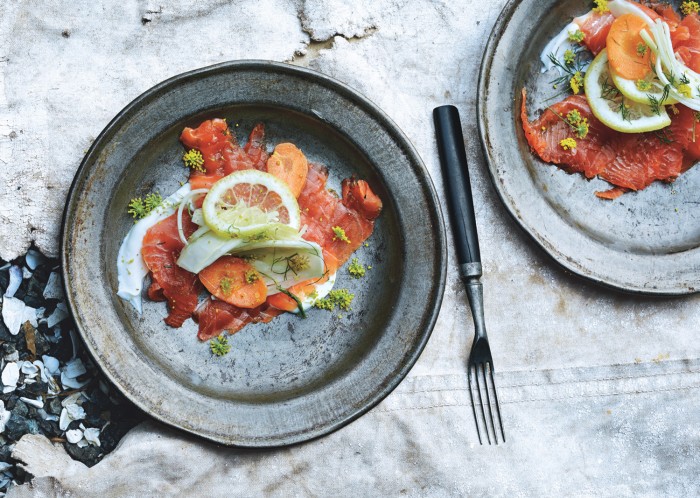 Gravlax is cured (but not smoked) salmon, except there’s not a lot of salt in the cure and some combination of dill, lemon, and alcohol (often vodka, but sometimes gin in newer preparations). “Gravlax was traditionally buried,” says Tupper. “‘Grav,’ as in grave in the ground.” So, it’s common to put some weight on it, like putting it under a heavy pan in the fridge, while it’s curing (often for two days or more) to help the cure penetrate the fish’s flesh.

As with anything at an old-school counter, there’s tradition, and then there’s the newfangled way of doing things. According to Tupper, lox traditionally refers to belly lox, which is salt-cured, but not smoked. But, Tupper says, “When someone under the age of 65 comes in and asks for lox, we’re like, ‘Oh, are you sure you mean lox and not smoked salmon?’” Because, what most people assume to be lox is actually smoked salmon. 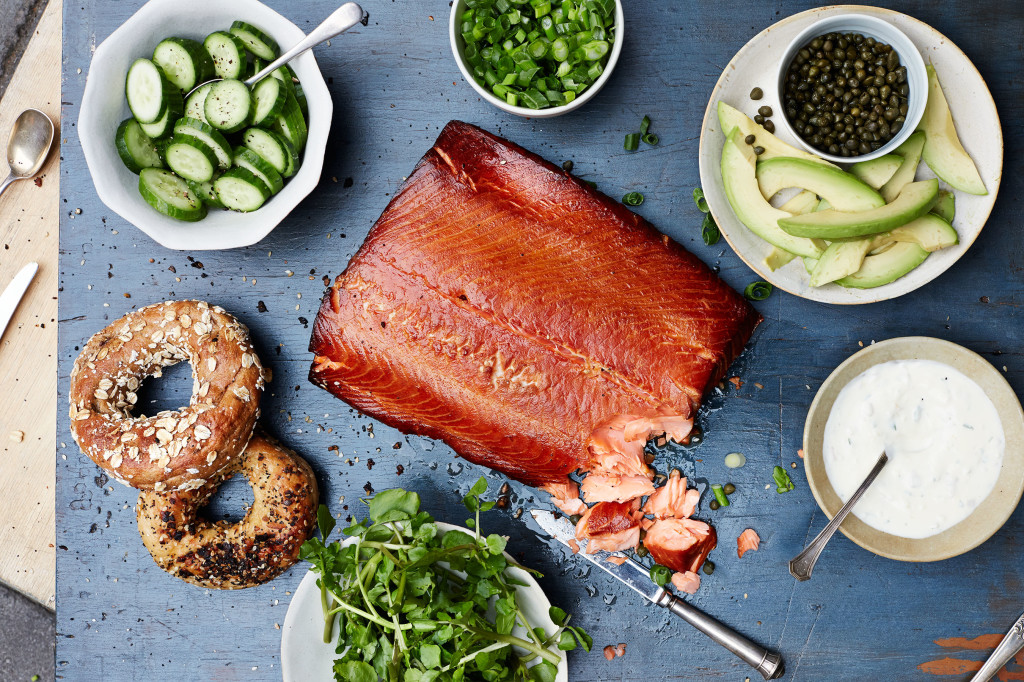 Here’s where it gets tricky: When most people are referring to smoked salmon, what they actually want is cold-smoked salmon.

Cold-smoked salmon is typically wet or dry-brined with salt, sugar (to help the salt penetrate the flesh) and then smoked at no higher than 80°F for between 10 and 15 hours, depending on the smoker, and the size and type of salmon. Tupper says this is where the art of smoking comes in. The way Tupper he describes the process is: Cold-smoking is a style where the burning wood and smoke are somewhere else and get blown over the salmon from afar over a long period of time. Within that umbrella category of cold-smoked salmon, there is Nova, Scottish salmon, Norwegian salmon, Irish salmon, and “Western Nova,” as his uncle and great-grandfather used to call it.

Traditionally, Nova refers to where the species is from and also the style of smoking. Nova is supposed to be cold-smoked salmon from Nova Scotia—more specifically, from Gaspé. That said, Russ & Daughters also sells “Western Nova,” a cold-smoked wild Pacific salmon.

Gaspé Nova, smoked in the style of Nova Scotia, tends to be fattier, milder in flavor, and less smoky. Tupper describes Norwegian salmon as subtle in smoke with little oil and a mild flavor. The Irish is fattier than the Norwegian with milder smoke, and a similar texture to Nova. Wild Pacific Salmon—that “Western Nova”—has a richer flavor, with no real smokiness at all, and a softer texture. And, last, the Scottish has the strongest smoke of all; it’s also general fatty and silky.

Depending on the day, Tupper would suggest that, if you’re looking to buy a mound of cold-smoked salmon, you opt for the Gaspé or the Irish. Though, as Tupper tells it, traditional Nova is the most popular item on offer, and Scottish is on the rise: “People are starting to look for a smokier experience.”

Kippered salmon is wet-brined and hot-smoked. Hot-smoked has more of a cooked salmon texture, but Tupper jokes, “The key to our hot smoke compared to what they do in the Pacific Northwest is that it’s not smoked to death. It’s a very controlled process.” It’s smoked at a temperature around 130°F to 140°F, for one to three hours depending on the smoker and size of the salmon being smoked. It’s moist still, and flakes like a cooked salmon, but it’s smoky and, at times, shaped differently.

The Best of the Rest 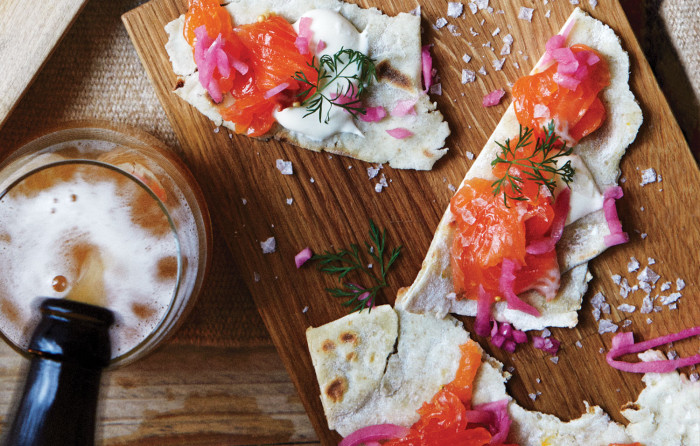 If something is “pastrami-rubbed,” or rubbed with anything else, it’s generally cold-smoked salmon that’s been brined with a spice mixture. Then there’s such a thing as a loin cut (despite the fact that salmons don’t have, er, loins): It’s the most desirable part of Scottish salmon—think of it like a sashimi cut. Also look out for collars and flegals (FLEE-GUHLS), a.k.a. the heads and wings, an underrated trimmed side of cold-smoked salmon that veteran appetizing shop-goers are privy to, even if newbies cringe at the thought of it. Finally, pickled lox, at least at Russ & Daughters, is belly lox that undergoes a pickling process in brine.

This was originally published on Bon Appétit October 29, 2015, by Elyssa Goldberg.

Do you have a question, comment or concern? Please take a moment and fill out our contact form below or give us a call.